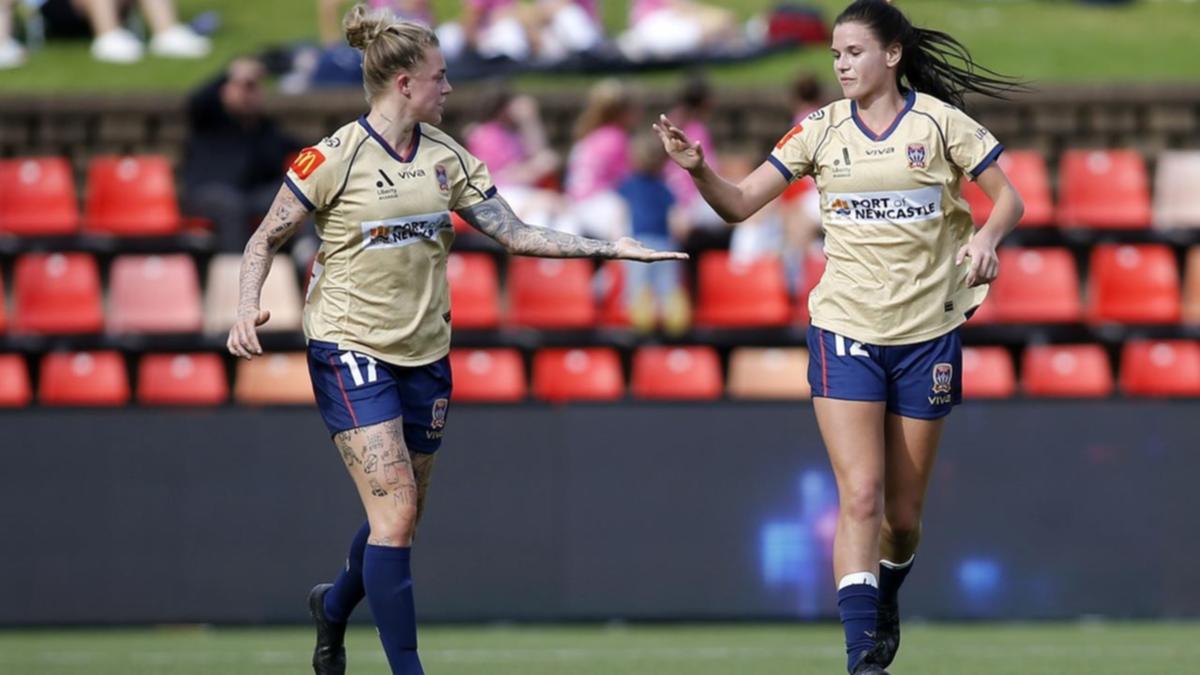 Newcastle Jets coach Ash Wilson is hoping the month-long loan move for Australian international Emily van Egmond will pay dividends in the long run for her A-League Women side.

The Jets have been unable to play since a December 27 win over Wellington that marked a premature end to van Egmond’s short loan spell at the club.

The Matildas stalwart was restricted to just three games and has now departed the Jets to link up with the national team ahead of this month’s Asian Cup.

As Wilson’s side prepare to play Perth on Sunday, she claimed van Egmond had shown her youthful side what it takes to compete at the very top.

“It was very disappointing that we couldn’t get that last match in with her,” Wilson said.

“She was sad to be going but she has had a very positive impact on the team.

“She has been fantastic and as a young player you watch the way she prepares and conducts herself in sessions.

“For someone like Kirsty Fenton, who is an up-and-coming player, to be singled out by Em it’s invaluable.

“To be able to see what that next level is they can see the attributes you need.”

Elizabeth Eddy is one option to fill the void in the short term, but asked if the club had the scope to bring anyone else in, Wilson said: “It was something that wasn’t planned for, but we are in a position to make it happen.

“We knew it was going to be a short period but we are quite confident with the players that we have, we’ve started well and now we’ve got to continue to build.”

Newcastle have seven points from their opening four games, but the next month will be critical for their hopes of making the top four.

After their matches with Melbourne City and Melbourne Victory were postponed due to COVID-19, Wilson said it was paramount her side picked up where they left off.

“The girls are aware of the start we have had and it’s important that we keep the roll on,” she added.

“The girls are ready to go and I have no doubt that they are prepared as well as they can (be).

“This is a crucial game for us to get to 10 points and get on top of those near competitors.”