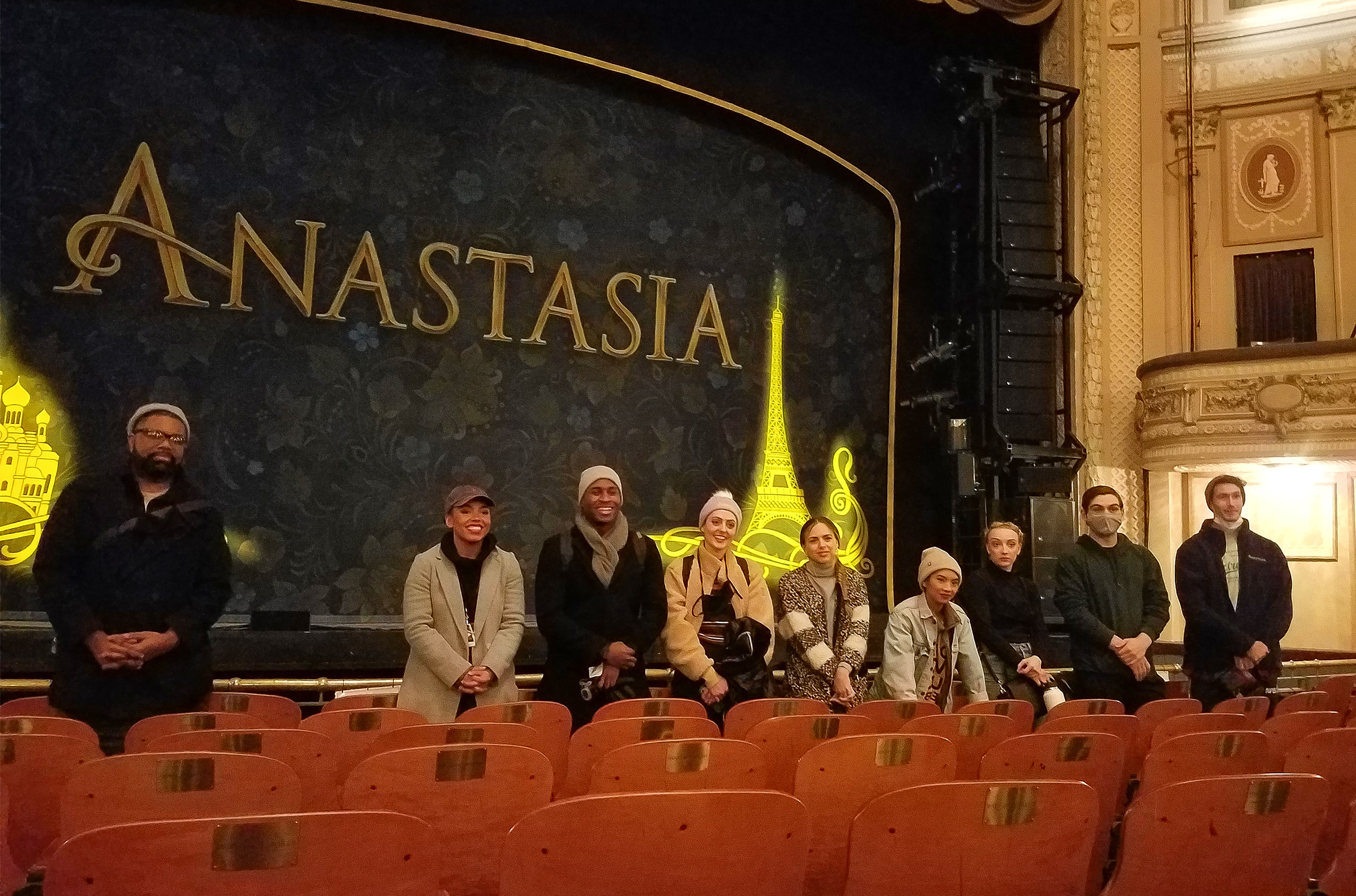 The Chocolate Ballerina Company was started in 2017 in North Philadelphia by Chanel Holland, who wanted to give free and subsidized professional ballet training to underserved communities, particularly for African Americans. She said many younger Black dancers regard ballet as predominantly white, so her company provides both training and performance opportunities that dancers might not otherwise have.

“I felt like today was very central in their development as young artists to see that this could be something that they could possibly take as a career,” she said, “and to inspire other lives through the arts and performing arts.”

One of Holland’s dancers, Aliya Anderson, 25, took up that challenge when she opened her own dance school last year, the Modern Dance Academy, so she can encourage young Black dancers to pursue ballet.

“I was told as a Black dancer, ‘Ballet isn’t for your color or your body type,’ or whatever the case is,” said Anderson. “I am so blessed that I’m able to say to these kids, ‘You can do it.’ We don’t say ‘can’t’ in my dance school. You get push-ups for that. You cannot say ‘can’t.’”

“Anastasia” is a musical, not a ballet, but the climactic scene — when Anya (aka Anastasia) first sees her royal grandmother with whom she has been trying to reconnect — occurs during a Parisian performance of Tchaikovsky’s ballet, “The Black Swan.”

Anderson, who had never seen nor heard “Anastasia” before, said she was amazed by the Broadway production values; the costumes, dancers, singing, and backdrops were “magical.”

Holland said she had never before seen a performance of any kind at the Merriam Theater, but jumped at the chance to see the cast talk to her performers.

“I’ve never read the book and had no idea what I was coming into,” she said. “I’m leaving here so overwhelmed and so inspired to create more visual arts like this, so that my people — when I say my people I mean my community, I advocate for my people — can be exposed to this. I’m 31 years old. I’ve never seen anything like this before.”

What Holland saw in “Anastasia” might come out in her direction of “The Nutcracker…Dipped in Chocolate,” which will be performed twice on Dec. 19 at the Mandell Theater, on the campus of Drexel University.