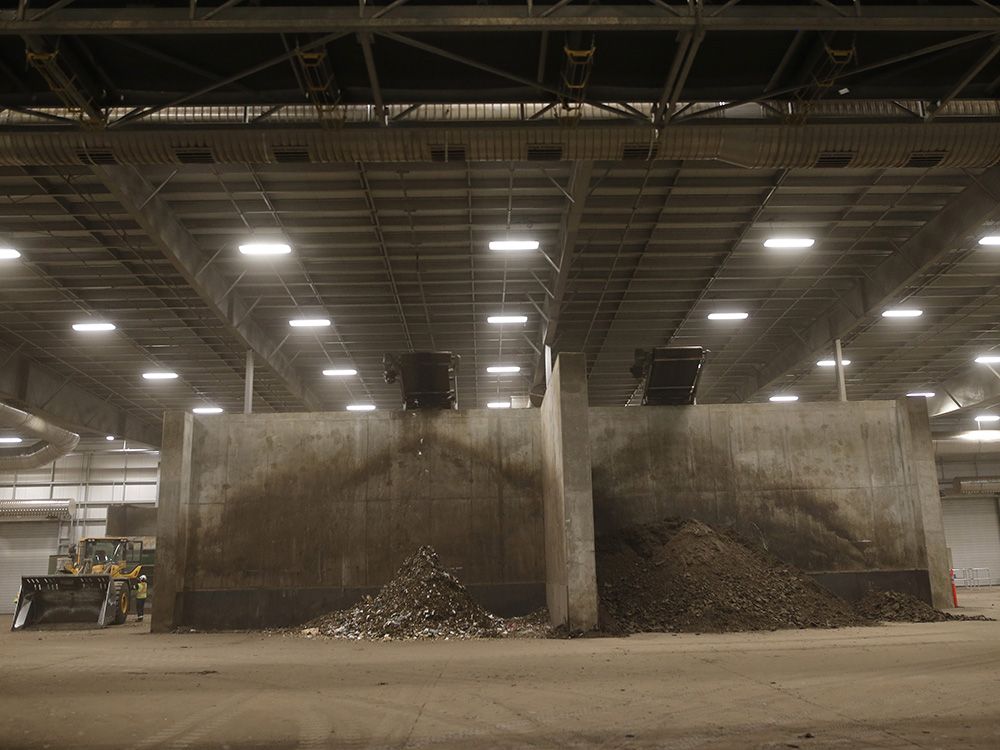 Calgary’s composting facility is operating well beyond its capacity, and a council committee unanimously agreed Friday it’s time to put $50 million towards expansion.

The composting centre, originally built in 2017, was designed to handle 100,000 tonnes of organic material per year. But city officials said demand has exceeded forecasts every year since, to the point that it was processing in excess of 30 per cent more waste than it was meant for.

Sarah Smith, the City of Calgary’s manager of infrastructure and program management, told council’s infrastructure and planning committee that means critical equipment is operating harder than expected, with no leeway for maintenance — and that puts composting operations at risk. Despite the research that went into building the compost facility, it’s consistently been handling more material than expected.

“If we knew then what we do now, we would have built this facility larger to begin with,” Smith said.

She said adding an additional 60,000 tonnes per year of capacity is “absolutely necessary” to accommodate typical operations.

Scaling up operations will cost $50 million, with $10 million coming from federal gas tax funding and another $10 million from a reserve fund.

The remaining $30 million would come from borrowing, and monthly green cart fees are anticipated to go up 20 cents from 2023 to 2026 to cover that cost.

That won’t be confirmed until city council reviews the next four-year budget in the fall.

Based on an Ernst & Young review, city officials recommended expanding current operations rather than outsourcing a private contractor to build an additional plant outside city limits. The consultants concluded that expanding will not only cost less but will also do more to reduce greenhouse gas emissions.

The expansion includes adding anaerobic digestion technology, which produces biogas that the city will then capture and sell for revenue. That will offset operating costs by as much as 20 per cent.

Council will give the expansion proposal a final review at a meeting next month.

Smith said Calgary’s green cart program has delivered a 64-per-cent decrease in black cart volumes between 2016 and 2020, dramatically cutting down on material that would otherwise be sitting in a landfill. And even though officials underestimated the interest in the composting program, she said the end result is good news.

“I think a lot of municipalities are surprised at the embracing that Calgarians have done of the program,” Smith said.

“Our ultimate goal is to waste less and conserve more, and Calgarians really using their cart to take the appropriate material and diverting it from their blue cart and their black cart.”

Sign up to receive daily headline news from the Calgary Herald, a division of Postmedia Network Inc.

Thanks for signing up!

A welcome email is on its way. If you don’t see it, please check your junk folder.

The next issue of Calgary Herald Headline News will soon be in your inbox.

We encountered an issue signing you up. Please try again