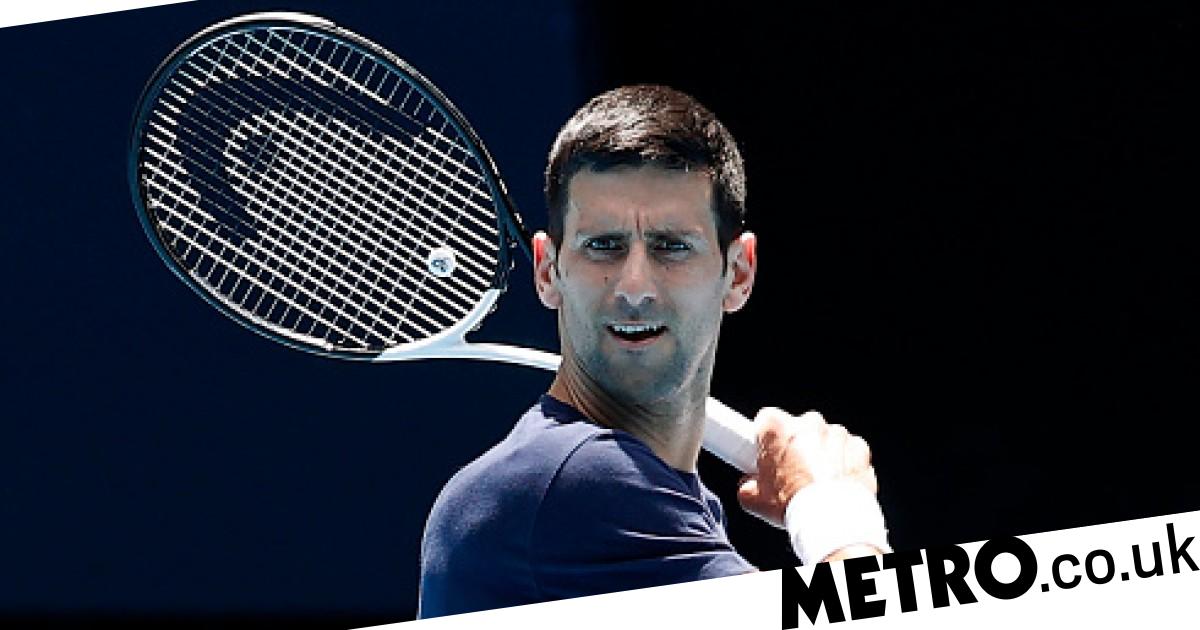 The draw for the Australian Open was postponed on Thursday amid the ongoing uncertainty surrounding Novak Djokovic’s participation.

The world No.1’s involvement hangs in the balance amid reports that immigration minister Alex Hawke is building a case to deport the 34-year-old, less than a week after he won an appeal to have his visa reinstated.

Djokovic, who stepped up his preparations ahead of bid to win a record 21st grand slam title by practicing on Rod Laver Arena earlier on Thursday, was expected to learn his first round opponent at 3.00pm local time.

The draw, however, was postponed at short notice with no details given as to when it was likely to take place.

Having been given the green light to compete, fresh doubts over Djokovic’s eligibility for a medical exemption surfaced over the weekend after it emerged false information had been entered on his travel declaration form.

The Serb also admitted to making an ‘error of judgement’ in a lengthy statement posted on social media after pictures emerged of him attending an awards ceremony and a subsequent interview after he had tested positive for Covid-19.

‘I had not received the notification of a positive PCR test result until after that event,’ the statement said.

‘The next day, on 18 December I was at my tennis centre in Belgrade to fulfil a long-standing commitment for a L’Equipe interview and photoshoot. I cancelled all other events except for the L’Equipe interview.

‘I felt obliged to go ahead and conduct the L’Equipe interview as I didn’t want to let the journalist down, but did ensure I socially distanced and wore a mask except when my photograph was being taken.

‘While I went home after the interview to isolate for the required period, on reflection, this was an error of judgement and I accept that I should have rescheduled this commitment.’

Djokovic’s statement also addressed the widely reported discrepancy in his travel declaration, published by the Federal Circuit and Family Court of Australia earlier this week. He attributed it to ‘human error’ on behalf of his agent.

‘On the issue of my travel declaration, this was submitted by my support team on my behalf – as I told immigration officials on my arrival – and my agent sincerely apologises for the administrative mistake in ticking the incorrect box about my previous travel before coming to Australia.’

‘This was a human error and certainly not deliberate. We are living in challenging times in a global pandemic and sometimes these mistakes can occur.’


MORE : Novak Djokovic admits to ‘error of judgement’ after attending interview when positive for Covid

For more stories like this, check our sport page.