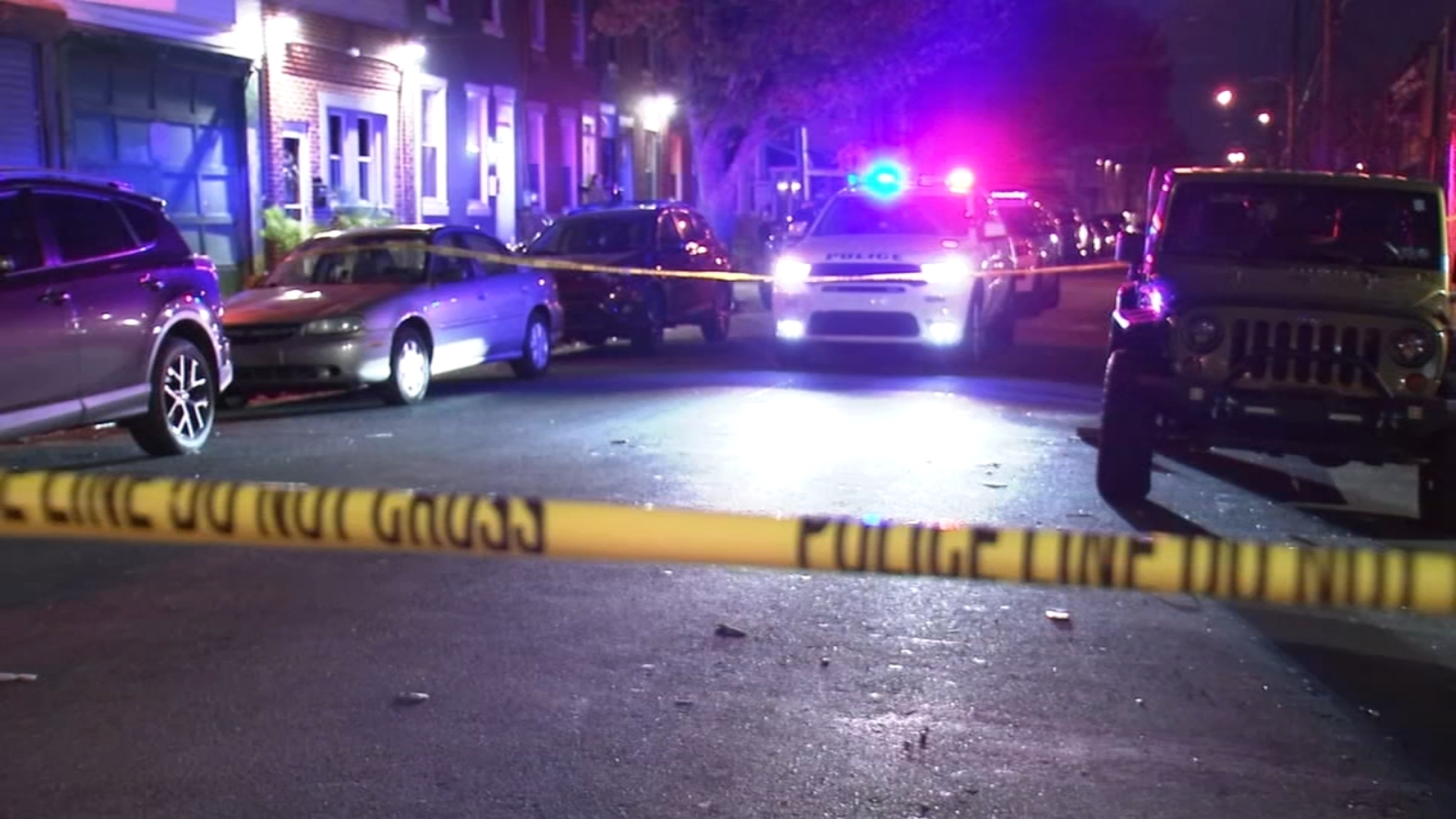 PHILADELPHIA (WPVI) — Philadelphia has recorded its 500th homicide of the year after a woman was gunned down in broad daylight on Wednesday afternoon.

It happened around 4:30 p.m. near 7th and Jackson streets in South Philadelphia

Police say the 55-year-old woman was shot three times in the chest. She was rushed to an area hospital where she was pronounced dead.

Video captured the frantic moments as the victim yelled, “Call 911.” Seconds later, you can hear multiple gunshots being fired.

Police believe the shooting is domestic in nature. No arrests have been made.

“We know who this person is, and if that person happens to be watching this broadcast we would encourage him to just simply turn himself in at this point to prevent any additional harm to anyone,” said Philadelphia Police Inspector DF Pace.

The grim milestone ties the 1990 record of 500 homicides.

On Wednesday morning, Mayor Jim Kenney and Police Commissioner Danielle Outlaw were joined by federal, state and local officials at City Hall to address the violence.

Kenney said that reducing the violence is his administration’s top priority.

He also called on lawmakers in Harrisburg to allow the city to pass more restrictive gun laws to keep weapons off the streets.

“There are people making money selling these guns, making these guns, and the legislature, not the people behind me, don’t care. They don’t care how many people get killed. It’s ridiculous. And cities like Boston and New York that are not dealing with this problem the way we’re dealing with it, there are strict gun laws…we need to have some semblance of that. I’m not talking about people hunting deer,” said Kenney.

“I am heartbroken and outraged that we’ve lost 500 Philadelphians-including many children and teenagers-to needless violence this year. I never stop thinking about the victims and their families, and the incredible loss these senseless deaths leave behind. As we close in on the end of a year where we saw unprecedented levels of shootings and homicides, part of a disturbing trend nationwide, I want all residents to know that our administration takes this crisis very seriously, and we continue to act with urgency to reduce violence and save lives.

There is no greater priority for our administration than to reduce violence and create safer communities and a more just city for everyone. We are committed to doing everything in our power to prevent and reduce gun violence, including investing as much as we can back into our communities in proven programs that prevent violence.

Our administration continues to work tirelessly in response to the national public health emergency that gun violence presents. On this front, the City has acted swiftly, investing in anti-violence initiatives that both address the immediate crisis and tackle the systemic, root causes of violence. We’ve invested a record $155 million to reduce and prevent violence this year alone.

That includes a $22 million investment in Anti-Violence Community Partnership Grants, which our administration-in partnership with City Council-announced earlier this summer. This is a major piece of our historic investment in a wide array of violence prevention programming and services that contribute to the City’s violence prevention and reduction goals. Through this program, we’ve already distributed nearly $6.5 million to local organizations doing impactful anti-violence work on the ground in our communities, with more funding to be distributed in the coming weeks.

These programs are critical to finding innovative, urgent solutions not just to prevent violence before it happens but to support victims and their families through trauma and counseling, which is necessary to reduce the endless cycle of violence plaguing too many of our neighborhoods.

As the Police Department continues to implement ways to reduce and prevent violence in our neighborhoods, we’re seeing progress with our Operation Pinpoint Strategy-through which we’ve seen overall reductions in violent crime specifically within our pinpoint grids in multiple districts throughout the city. PPD also continues to take record numbers of guns off the streets; this year we’re on track to remove more than 6,000 crime guns, a 40 percent increase from just two years ago. Every one of these guns off the streets is one less that could be used to harm or kill Philadelphians.

But we know that these strategies alone are not enough to resolve this crisis. So we continue to do everything possible to protect our communities, and to work with City leaders, law enforcement, and our local, state and federal partners to promote public safety.

As we enter this holiday season, I can’t help but think of all the incredible potential that has been extinguished by this loss of life. Our young people can do anything. I see it every time I visit a school, a rec center, or one of our pre-K centers.

We as a city and a society must value that life, and do everything we can to remind our young people-through our words and our actions-that they are valued, that they are important, and that their lives matter.

And we must reinforce broadly that there are always options beyond carrying a gun, and that there are consequences if you nevertheless choose to carry that gun or-god forbid-use it.

We will continue to work with our criminal justice and community-based partners to address this challenge, save lives, and protect communities in every corner of Philadelphia. I am resolved to devote every remaining day in this office to stopping this senseless violence in its tracks.”

“Each and every homicide carries with it a profound sense of loss. However, for our City to have reached such a tragic milestone – 500 lives cut short – it carries a weight that is almost impossible to truly comprehend.”

There are not enough words to comfort our grieving families in their time of loss. However, I want these families to know that seeking justice for their loved one remains a top priority for the Philadelphia Police Department. We will continue to work with our local, state, and federal partners and other stakeholders to get ahead of the violent crime that is plaguing our beautiful communities. We remain committed to proactively patrolling neighborhoods and encourage community members to continue to work alongside the police. We cannot undo what has already been done, however, we will continue to pursue any and all information that will bring justice and closure to each victim and their families. I urge anyone with information to come forward and share that information with the police. The lives lost are not unique to one neighborhood or section of this city- it is time that everyone joins together to become the catalyst for change in our communities.”